After the viral news of his fan-girl-turned-girlfriend story, Jovit Baldivino makes it on the headlines again by sharing his news about his newborn baby to his girlfriend, Shara Chavez.


Jovit shared his new bundle of joy to his girlfriend, who gave birth on July 29, 2016 to a very adorable, healthy baby girl which they named “Akeya”. Akeya was born at Lipa Medix Medical Center in Lipa, Batangas. News immediately spread like fire on both social media and mass media. The couple claimed that they were very happy to have their new little angel in life, and Jovit really showed her love and adornment towards her new baby girl, since there is a rumor which was not really reported on mainstream media about his previous relationship with singer Laurice Bermillo to which they were also blessed with a healthy baby girl who was with her mommy already on Canada. Jovit remained silent about the issue, which he just recently admitted on an interview video on Facebook, which he claimed that, “Para po akong nabunutan ng tinik. Ngayon na nasabi ko na, na naamin ko na.” about his child with his ex Laurice. He also added that her daughter with her is now four years old. When asked if they were in good terms with his ex, Jovit asserted a yes and that she was also in good terms with his new girlfriend, Shara, and on their baby. They were both settled and happy with their own lives anyway, but their obligation to their child should always be addressed and met every now and then since it was his child anyway. He also said that they [Laurice and Jovit] support each other in any way on their own lives, especially for Jovit and Shara’s baby daughter. 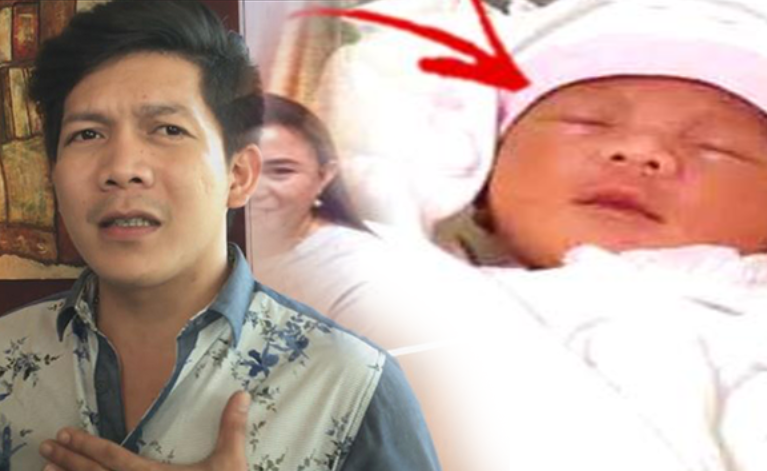 Jovit expressed his delight with his new baby that he even mentioned that it relieves his stress and tiredness from work whenever he sees and plays with his baby girl. It was indeed his new bundle of joy and the happiness she brings is very, truly lovable. He said that it really motivates him even more to work harder. But when asked about his plans with Shara about marriage, Jovit mentioned that they really haven’t talked about it yet and doesn’t have plans for it since they wanted to be focused on their baby; they wanted to provide her with all the love and attention she needs throughout her growing life.

Right now, Jovit has no stable or major project yet to work on—more like sidelines and mga raket-raket lang. He said that We Love OPM just passed and now he has nothing to work onto yet but he will have a show which will be staged in California, USA together with co-singers and performers, KZ Tandingan and Bugoy Drilon on October 14-15. When asked about if there is a new album that would be released under his name or if there would be a new one available, he said that there is none but his album is still out in the market for sale and available which is “Jovit Baldivino JB Jukebox” on nearest record stores nationwide.

Jovit wanted to express to his fans his complete gratitude for everyone who congratulated him for being a new father to his baby Akeya, to everyone who greeted him on all his social media accounts: Jovit wanted to express his sincerest thank you and he hopefully said that thank you for all the support and he hopes that they will support him all the way