Multi-talented artist, Arci Muñoz, shared one of her skills in singing to which she did short versions of Disney songs sung in metal. 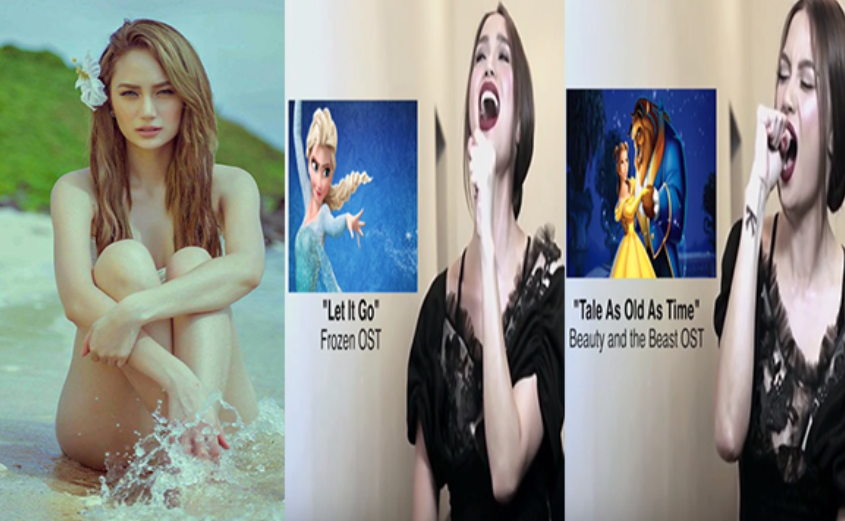 While it was not a surprise that Arci can actually sing hardcore punk rock and metal songs—not to mention the growls and roars while singing—because of the band “Philia”, to which she sings the vocals to which they adopt the this kind of genre. But of all honestly, Arci really evolved into something, not just of the physical attributes, but as well to nurturing and further discovering her talents, not just solely depending on acting and show business.

On Preview Magazine’s YouTube channel, Arci was featured to where she transformed five classical and all-time favorite Disney songs into metal versions which included the songs like: “A Whole New World” (Aladdin); “Let it Go” (Frozen); “A Dream is a Wish Your Heart Makes” (Cinderella); “Tale as Old as time” (Beauty and the Beast); and lastly, “Part of Your World” (The Little Mermaid)—which she actually nailed and spiced it up in her own way, unleashing her inner punk and rockstar—at the same time, feeling like a lovely Disney princess.

Grab a copy of Preview magazine’s August issue where they will feature more of Arci Muñoz, their August issue covergirl. Catch up with her band as well and continue supporting this OPM metal-punk rock band, Philia.